Message Sent
Thank you for your inquiry. We will respond to you as soon as possible.

The YMCA of Metropolitan Dallas Foundation

Supporting the mission and work of the YMCA of Metropolitan Dallas through the generosity of our donors.

To put Christian values into practice through programs that build healthy spirit, mind and body for all.

The YMCA of Metropolitan Dallas Foundation enables the Y to remain flexible and innovative, responding with timely solutions to the evolving needs of children and families in each of the communities served by local YMCA branches. In 1995, the YMCA of Metropolitan Dallas Foundation was chartered as a Texas non-profit corporation to manage the investment and distribution of the endowment of the Y, which was then valued at $14,490,422.

The first gift to the Endowment Fund was made by E.R. Brown, Chairman of the YMCA Board of Directors from 1919-1934. The will of Mr. Brown established a Trust to pay the YMCA and his church $1,000 annually for maintenance, upkeep and operation. In the intervening years, many gifts have been received from those with similar interests for the continued stability and growth of the Y's service to youth and families of the greater Dallas area. Soon, other generous individuals and families recognized the ability to impact the lives of so many through a gift to the YMCA Foundation.

What the Foundation Supports:

As outlined in our purpose statement, the main goal of the Foundation is to support the mission, operations, and programs of the YMCA of Metropolitan Dallas. In recent years, including 2021, the Foundation Trustees have distributed 5% of the fund, based on a 12-quarter average of the fund corpus. In 2021, this distribution was a little over $1.2 million dollars. Around two thirds of the distributions were directly determined by donor designations to various branches and programs. Part of the designated distributions have included providing approximately 20 four-year college scholarships to graduating seniors with a connection to the YMCA (Past member, participant, volunteer, or staff member). 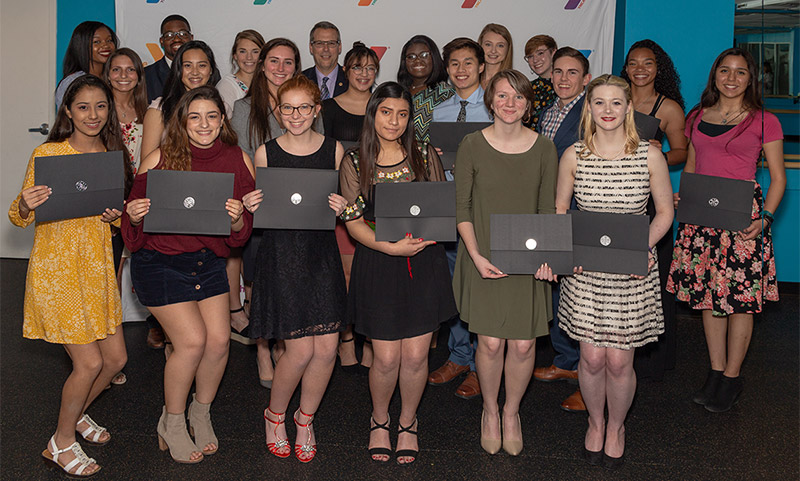 The other one third of the distributions are dedicated by the Board to support key YMCA of Metropolitan Dallas signature programs for the community, such as:

Let us help you with your gift plans